Fastness, Cheating And The Weather Is Not Helping

FASTNESS: Let's talk about fast and not precisely the Lent one. I almost collapsed when I saw the Intervals plan for the week: Six of half a mile at 8:34, and 90" recovery. Ok, there I go. One, is ok, Two is semi-ok, Three, I believe I am going to die. Four, I will die. Five, Now I know am dying. Six, am I alive? I did it and I didn't die.

Two days later, the tempo, which I am starting to dislike, was done at my LT pace of 10:00 for 4 miles after 1 mile of average training pace. 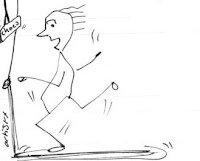 CHEATING: There was some life support during these events. For sure. During the intervals and the tempo my arms had to be placed on the dashboard. Couldn't go with the flow of the body. The recovery had to be 120 for the intervals instead of 90, and for tempo I needed to add one minute of recovery after miles 2 & 3. Well, I assume that doing this "cheating" is way better than quitting, thought that I contemplated throughout the whole thing on both days. 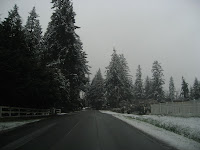 WEATHER: It is not helping. I want to run outside. The spring is here. The flowers are blooming, the lawn tells me to get the mower out... but, no, oh no, .... on Friday 03/28 and Saturday 03/29 the snow was falling during the whole day, even though didn't stick, I prefer to be outside in the 50s as minimum. There it went my hope of running outside.... here a pic of my route around Lake Serene at the end of March.
Posted by lizzie lee at 6:07 PM 7 comments:

One Does As One Wishes With The Body 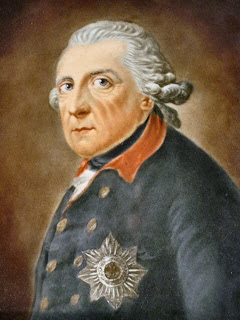 Arrived in Washington DC on Monday @ 3pm and got ready for a 12 intervals session of a quarter of mile @ 8:34 min/mile each, with recovery of 90".

After a couple of miles of easy running I started the work. At Interval #6 my body was saying HALT!!! but I kept going. I7 & I8 were ok but I was getting desperate at I9. When I finished I9, I knew I was going to make it. Only 3 more. Total success.

Frederick The Great, King of Prussia whispered in my ears throughout the work out: "One does as one wishes with the body - when the soul says quick march it obeys."

Then a complicated week full of meetings, plus a couple of nice dinners (Macadamia Crusted Mahi-Mahi in mango coolie sauce @ Chart House, Alexandria, VA) pushed Tempo for another day, like today, when I am supposed to do my long run. Oh well, Sunday will be Easter, no long run this week was decided.

Back in Seattle on Saturday I got ready for a tempo session @ Boeing gym. Full of energy and enthusiasm my tempo was a disaster. I ran 2 miles easy and when switched to Tempo (9:40) my legs became so heavy that only could run 1/2 mile. Frederick The Great words didn't resonate this time. I couldn't understand what happened, especially after the intervals success of the week, but decided not to even bother on finding a reason. I quit and went home.

After arriving from the so-called tempo, I took my gloves, ear band, breath thermo jacket and went running around Lake Serene in front of our home (1.6 miles). The day was a little bit cold (42F/6C) but absolutely sunny. My legs were still heavy, but at least I added more mileage to the already short week.

Have y'all a Happy Easter!!!!
PS: The Mahi-Mahi was delicious. I amply recommend it.
Posted by lizzie lee at 11:35 AM 5 comments:

I had my first week of the year in Long Beach, which means my husband is still there. My first 2008 run on the beach was great and took me back to May 2007 when I started in LB my training for my first Marathon.

Thoughts? I internalized I am running with a different attitude.

I am an extreme case of a Type A personality, but I do not want to feel that not following the fine print of my running plan is a failure. Of course, I am more laid back now because I know what I am able to do. I know that I can run long distances and feel great about it. But I needed to "de-stress" myself. Several minor events have helped me to get out of the frantic situation. Those events include:
I still go and log my runs, and my log calculates my pace, and so on. But I discovered that I am running free. Free of stress.

PS: I ran 2 miles of tempo run at 9.67 and I am setting it as my benchmark for the year. How many miles will I be able to do at that pace? Five? Don't know, but I will look forward a 5K in a couple of months....

The week was incomplete. Intervals on Tuesday left me sore! Thursday flew to Long Beach and didn't do my scheduled tempo. Saturday my 8 miles became only 5 miles. However, I feel success because I finally got out.

Going with Furman plan again, but with more pressure on the pacing. Established an ambitious 10K of 9:42 for intervals of 8:57 and tempo of 9:72. However, very hard to follow for the long runs. That pace will set me for long runs at 10:27. Unachievable for now but focus is on the first two key runs.

Incoherent Half. A Nightmare

It was an incoherent half. The Seattle SeaFair supposed to be in June happened in a winterly day and scheduled to start at 4:30 pm.

I was procrastinating that day. Talking to a bunch of people about almost everything but running. Then I asked to one blogger friend: What time is it? She said 4:20pm. "Oh My God. My race starts in 10 min and I am not ready." I started to put my socks and shoes, went to the bathroom and got late to the registration table where they gave me two huge goody bags which I threw to one friend to keep it for me.

The starting line (yes line) was awkward. People were in line being dispatched one by one into the race. And this was only the women line. Guys have already left.

When I finally received my GO! it was almost dark. The route was marked with pink post-it for girls and blue post-it for guys. I had goosebumps crossing the 520 bridge floating bridge, the longest floating bridge in the world, over the magnificent Lake Washington. I noticed something surreal. The sun was going down over the lake, but, what direction was I going, Seattleites? East.

When I finished the crossing, I saw the pink post-its indicating to enter into a building, go upstairs, turn back, go down... I was jumping the steps as I used to when I was 17 yo. Five stair steps at a time to gain time. I was so behind. Then the route indicated to get into a classroom, they gave us a test. Yes, a TEST. We need to answer a bunch of trivia, and do math. I was so puzzled, and then got pissed. What kind of marathon is this? I submitted my incomplete test as I thought I was wasting my time. Kept going and decided to quit entering into buildings and doing the rally type of activities. I couldn't figure it out and I didn't care if I was disqualified for not doing such absurdity.

At 8:30 am Pacific Standard Time I woke up. It was an incoherent half. A nightmare.
Posted by lizzie lee at 10:21 AM 7 comments: 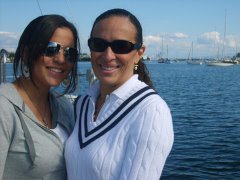 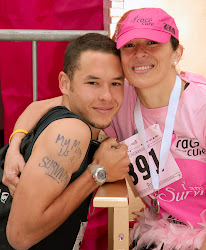 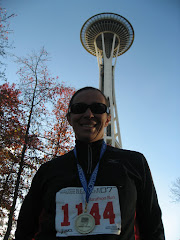